Yes, But How Does He Smell?

Hola!  Notice anything different?  Go ahead and take a second to think about it...no, it's not my hair...no, I haven't waxed my eyebrows (recently)... It's all the extras on the blog, sillies!  Check out the "follow me" options on the right: twitter, facebook, email.  Awesome, right?  I know, so go ahead and click on them...yeah, right now...no, I'll wait.  Did you also notice the additional couple of pages at the top?  I now have my future projects listed (in case you were dying to know what my Muse has in store for me) and a very lengthy essay that answers all of your hard-hitting questions about moi!  You. Are. Welcome!  *lol*

Okay, enough of that nonsense.

Today's guest (I'll write my own post soon, I promise!) is my writing friend, Ruthie Knox. I met her through a mutally entered contest where, after reading her entry, I shamelessly wrote an entire essay in the comments section on how much I loved her writing and gave her my email address in hopes she'd contact me to talk shop.
Fortunately for me she wasn't put off by my mild stalker behavior and we've been corresponding ever since. I've read a couple of her finished manuscripts and, believe me when I tell you, she is an absolute genius when it comes to contemporary romance. Not only did she sign with her dream agent in under four days, but said agent is in the process of pitching her books in AS IS condition. (I know, right?!)
I asked Ruthie to share one of her writing tips with us and she definitely did not disappoint... 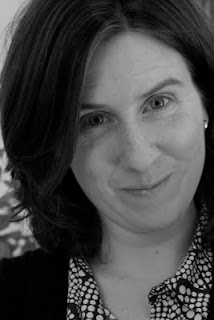 Ruthie Knox figured out how to walk and read at the same time in the second grade, and she hasn’t looked up since. She spent her formative years hiding romance novels in her bedroom closet to avoid the merciless teasing of her brothers and imagining scenarios in which someone who looked remarkably like Daniel Day Lewis recognized her well-hidden sex appeal and rescued her from middle-class Midwestern obscurity. After graduating from Grinnell College with an English and history double major, she earned a Ph.D. in modern British history that she’s put to remarkably little use. These days, she writes contemporary romance in which witty, down-to-earth characters find each other irresistible in their pajamas, though she freely admits this has yet to happen to her. Perhaps she needs more exciting pajamas. Ruthie abhors an epilogue and insists a decent romance requires at least three good sex scenes. You can find her at http://www.ruthieknox.com.
5 comments: