For your viewing pleasure...Parker Hurley covered in grease. You're welcome.

My girl, Ruthie Knox, and I are a bit of what you might call Parker Hurley fans. You might also call us Parker Hurley obsessive, but we don't like to label things. Anyway, since we have slightly different tastes in men, adoring Parker works out perfectly for us because he's clearly two people rolled into one, amazing guy. And although I think I can safely say that Ruthie and I love both sides, we each favor one over the other.

Ruthie prefers Parker with his longer, wavy hair and a his brilliant boyish smile.

I prefer Parker with short hair and his serious, brooding, don't eff with me look. (I also kind of have a thing for guys covered in grease, if the title of this post didn't give that away. Which is probably why the hero of my 3rd PoS book is a mechanic and spends ungodly amounts of time, well, covered in grease. *sigh*)

That's why this video of a recent photo shoot of his is absotively, posolutely the best of both worlds for the both of us. It's simply Parker, in all his amazing glory. Enjoy.

P.S. Parker is the character inspiration for my debut novel for Entangled's Indulgence line, which is as-of-yet untitled, but you can check out the character image and the book blurb on my Project Pipeline page at the tippy top up there.


Parker Hurley from INVTmedia on Vimeo.

Update: Damn "the man" always tryin' to bring us down! Apparently they didn't like the video going viral & password protected it. Oh well. At least it's etched into my grey matter!
6 comments:

Email ThisBlogThis!Share to TwitterShare to FacebookShare to Pinterest
Labels: Randomness

Faye Robertson/Serenity Woods tagged me in this fun little thing making the rounds on the writing circuit.

Here are the rules: 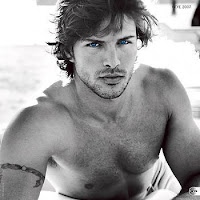 For starters, both of my WIPs at the moment haven't reached 77 pages, so I had to go back to Desires of the Soul, which is technically still a WIP because it still needs to be edited by Liz and then fixed by yours truly (probably several more times) before it's considered a done deal.

I lucked out; this tiny snippet gives you a great snapshot of Dom's charm that Angelica brings out in him.

“So what are these powers you have?” he asked. “Just so you know, if they’re greater than mine I’ll probably suffer from severe emasculation issues.”

Angelica laughed. “I have no intentions of ever emasculating you. With my powers or otherwise.”

Suddenly his eyes turned smoky, and he leaned into her. “Good,” he rumbled, just before cupping her face and kissing her breathless. Hours later—no, it was probably only minutes…seconds?—Dominic pulled back and gave her a wicked grin. “You were saying?”

So there's this guy who reads romance novels...

No, this is not the set up to a joke...although I'm sure if I thought about it long enough I could make one up...but that would take away from the fact that there's ACTUALLY A GUY WHO READS ROMANCE NOVELS! And I'm proud to say I now call him "friend." And sometimes "fucking nutjob." But mostly the former.

His name is Romance Man, or RM for short. But if you're like me and you're not real fond of calling people by initials (like with my friend Lea Ann who also went by LA, but it made me think of the city and it didn't roll off the tongue properly, so I decided to pronounce it Ella, which is how she got her pen name--yay me!) you can call him Remy. I'm now 2 for 2 on creating successful nicknames. Let me know if you're in need of a new identity. Apparently I rock at giving them out.

I found Remy when he did a review of my BFF, Ruthie Knox's debut novel RIDE WITH ME. He totally loved it, by the way, and loved the heroine so much that his wife now goes by the online personality of Lexie, which is the heroine's name in Ruthie's book.

At any rate, Remy is a total hero in the romance world (pun intended). He's not a literary buff in touch with his feminine side who can relate to the female psychosis. He's ex-Navy, swears like the sailor he is, and is just as naturally insensitive as the next guy.

What I mean to say is, HE'S A REGULAR DUDE!

So why would a regular dude read romance novels? Excellent freaking question. But I'd rather you get the story from him here because he tells it better than I ever could paraphrasing him. Since he began this strange journey of discovering that romance novels are indeed worth their weight in gold when it comes to understanding the opposite sex, he's blogged almost daily and accrued a group of women followers who eventually named themselves the BBL--Braless Bawdy Ladies.

Remy has accomplished with his blog something I've only seen with one other blog, ever. He averages over 100 comments per blog post! But whereas that other blog I'm referring to has thousands of followers with hundreds of regular commenters, Remy has a lot of lurkers but only about 15 regular commenters. But his topics spur conversations, like an open forum. So these women go back again and again to read the latest comments from the other BBLs and then put in another two cents themselves.

But these are not boring conversations, nor are they for the timid and meek. Besides the obvious cursing, words like pussy and cock are thrown around occasionally. Okay, maybe more than just occasionally. And a lot of these women are my mother's age who are discussing things like sex, blow jobs, and bedazzled vaginas. They're fearless in their candid openness with the rest of the online group. It's a place where they can remain anonymous or take on an identity like Lady Godiva, Vibrating Vixen, or New York Girl, and discuss things that are normally too taboo to ask even their closest friends without getting strange looks.

And the best part? Getting a guy's point of view in the mix! And what's even better than that? Getting the guy's wife's point of view on things! Lexie doesn't pop in often (we're trying to change that), but when she does, it's a real treat. One night she gave her husband the acronym nickname of NGL, which stood for Not Getting Laid because he was in the doghouse for something. We all thought it was hysterical. Him? Not so much. LOL


To give you an idea of his topics, here are some post titles:

And those are only a handful of the posts he has in his BLOG ARCHIVES. I highly recommend you go and check some of them out. And if you're really brave--and have literally hours with nothing better to do--you can read through the comments as well. Sometimes they're just as funny as the post itself.

For those who are interested in Remy's specific thoughts on the books he and his wife read (they now read together at night, which has brought them closer together both in and out of the bedroom), he has a REVIEW PAGE.

What Remy is doing is nothing short of amazing for those of us in the romance world, whether we're readers or writers. I, for one, am extremely thankful to have found him and gained his (and Lexie's) friendship. I predict it won't be long before he goes completely viral. His readership grows every week. Pretty soon me and the rest of the BBL will have to share him with the rest of the world. But for right now, we're enjoying the hell out of our little group. I guarantee if you read his stuff, you'll be wanting BBL membership in no time. So come on over and join the party. We'd love to have you. :) 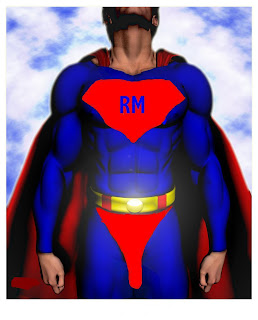 
Able to read an entire book without turning the page (I have an e-reader).


Can easily identify cheesy romance cliches, such as  "they hate each other so much that they end up ripping each other's clothes off."


Manly enough to admit he reads romance novels and has an anonymous blog to prove it.
15 comments:

Email ThisBlogThis!Share to TwitterShare to FacebookShare to Pinterest
Labels: Desires of the Soul, FAN-tastic Friday, Promoting My Pals

That's right, friends, your eyes doth not deceive you!
(Why did I switch to Shakespearean?)

The amazing and taking-the-industry-by-storm publishing house,
Entangled Publishing, has contracted me for a 3-BOOK DEAL with my
paranormal romance trilogy, Prophesy of Souls! SQUEEEEE!!

Liz Pelletier, co-founder of and senior editor at Entangled Publishing is my new editor. (OMG, I have "an editor!") She's one of the best in the business and when I interrogated politely questioned several of her authors, they had nothing but glowing remarks of both Liz and her company. I'm so confident I found the right home for my books, as well as myself, with Entangled.

And though writing is my passion, and now my livelihood, I cannot properly
articulate how incredibly blissed-out I am right now.

The first book in the trilogy, Desires of the Soul, will be part of their Entangled Select line, targeted for release in June 2013 in both digital format and MASS MARKET PAPERBACK!!! Sorry, I had to put that in all caps because I truly thought I'd never see my books on the shelf of a Barnes & Noble (my favorite store in all the world), and now I've been handed that dream in triplicate wrapped in a very pretty contract. :)

But wait! The Good News Train doesn't stop there! Liz has asked me to write a contemporary romance for their Indulgence line to be released in digital format THIS SUMMER! I'm so excited about this. Yesterday I brainstormed with one of my BFFs and favorite authors, Ruthie Knox, and I think we came up with a premise that totally rocks! Incidentally, when I emailed the "back cover blurb" to Liz, she was freaking ecstatic and actually put "Gimme gimme gimme gimme!" in her response. LOL