Blasts From the Past (or, Books From My Youth)

Last week my good friend and contemporary romance author, Ruthie Knox, rediscovered the first romance novel she'd ever read thanks to an interview promoting her debut novel, RIDE WITH ME (release date Feb 2012).

Via Twitter, Ruthie regaled us with snippets of the cheesy eighties dialogue and summarized the diabolically complex conflict (hero was vaguely a ladies' man in the past and the heroine has a flawless moral compass which keeps her life firmly on the correct and inexplicably boring path of goodness, hence the implied severe sarcasm with the adjective "complex"). From her tweets, Ruthie, our friend Cara McKenna, and I created a drinking game (every time heroine gets "warm, fuzzy feeling" DRINK) and made plans to send it to each other through the mail at major turning points in our lives, creating our very own Sisterhood of the Traveling Eighties Romance Novel. And although we won't follow through on either of those fun ideas, it was a riot of a tweet thread.

Ironically enough, when I went home for the Thanksgiving week, my mom pulled out a box of books from my youth. It was so fun to go through them all with my kids and reminisce about the plots and characters that started my love of reading (and eventually writing). I didn't find any of my romance novels in there--those would come a few years later I think--but I had a ton of Christopher Pike books, a good chunk of R.L. Stine books, and a smattering of random YA paperbacks, including a few Choose Your Own Adventures which I eagerly gave to my ten-year-old son hoping to convince him to hop on the "reading is fun bandwagon" his young Xbox brain is resisting so vehemently. ("Look! It's just like your video games where you get to choose what you're going to say and where you go next...except it's in your head! How awesome is that?" Seriously, why don't they make the CYOA books anymore? If we have to bring back the oh-so-wrong neon wardrobe of the eighties, why not those books? It only seems fair.) Also in that box? The only Stephen King book I've ever read, THE DARK HALF.

At any rate, my twelve-year-old daughter chose a small stack that interested her and I picked out a select few that I remember really loving (SIX MONTHS TO LIVE and I WANT TO LIVE by Lurlene McDaniel) and a couple that I didn't so much as remember but wanted to read again out of curiosity.

The first book I read was in the latter category, a YA called MOVING TOO FAST. It's a relatively small paperback which would probably be considered a novella by today's standards. Like Ruthie found with her book, this story had very minimal conflict. The plot went something like this:

Email ThisBlogThis!Share to TwitterShare to FacebookShare to Pinterest
Labels: Randomness 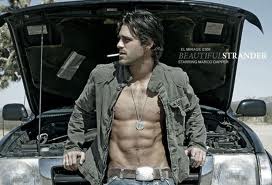 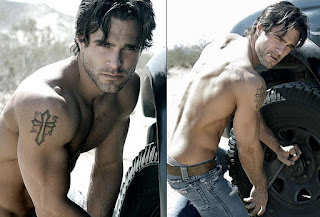 Gabriel is the only son of Dominic and Angelica, the couple who set the Prophecy of Souls in motion 26 years ago with Gabriel's birth. As the Chosen One of the prophecy, he's destined to prevent the mass destruction of mankind's souls. But ever since he was kidnapped at the age of eleven and watched people sacrifice their lives to save his, Gabriel repressed his natural powers and disappeared to the Arizona desert in his early twenties to avoid bringing the Devil's army to his family's door. 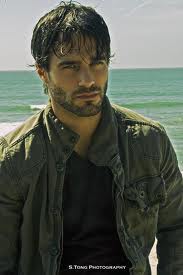 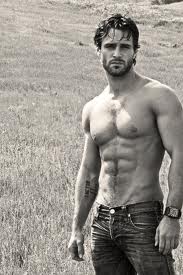 With only a stray dog as company, Gabriel pretends to be content fixing cars at his shop in Bum-Fuck Nowhere and ignoring the human population as much as possible.
That is until a wildcat of a woman shows up with her pet puma and refuses to be cowed by his surly attitude and blatant brush-offs. Until he discovers that Ava could be the catalyst to bring about the final battle he's been avoiding, and no amount of denial will save him from his destiny, or her love.

So, what do you think of my current main man? Hunky, right?!