(or, How I Went From Aspiring Author to NYT Bestselling Author in only 5 Months) 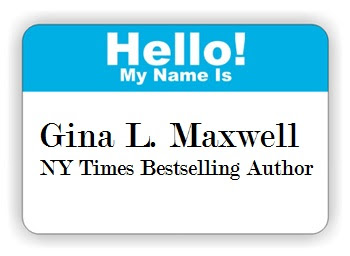 It still blows my mind that I can add that title after my name. A little over a month ago I couldn’t even claim to be a published author, much less a bestselling one. I went from being aspiring, to contracted, to published, to bestselling all in a matter of less than six months. I did it without an agent, without a traditional publisher, and without prior writing experience…and if you’re an aspiring author, I believe you can, too.

This is my story.

When I say I had no prior writing experience, I mean that before I started my journey to publication I’d never tried my hand at fiction writing other than the short story assignments in school. English had been my favorite class and I enjoyed writing the stories, but it never entered my mind to go to college for writing. Writing novels and getting them published is what “other people” did. Other people who were meant to do big things and be a part of that big opportunity stadium that someone like me can only hope to tailgate in the parking lot without getting thrown out for not even having a parking permit. Even when I started writing, it was only meant to be a hobby; another way of immersing myself into a story other than reading. But the more I wrote for fun, the more I started to wonder if I could get published. And so began the journey.

Since I had no formal training I made myself a sponge and researched every article I could find on Google about writing good fiction and how to get published. I signed up for newsletters and RSS feeds for writing advice blogs so I’d get the latest advice sent right to my inbox. I started my own blog and met other aspiring authors with blogs and we traded snippets and regular support. I joined online writing groups and learned all the proper writing vernacular and acronyms like MS (manuscript), WC (word count), CP (critique partner), POV (point of view), and WIP (work in progress). I tried out several CPs until I found just the right ones with strengths in the areas I was weak and learned how to write better with every swap of our MSS (manuscripts). I networked my butt off and made every connection I possibly could. I researched literary agents and how to query them properly. And I did all of that while writing my first book.

Three years, six CPs, fourteen major rewrites, and hundreds of smaller revisions later, I finally had a product I felt was ready to be queried. I actually started querying a little earlier than I should have (I was a bit of an Eager Beaver), meaning my query letter wasn’t the best it could be, nor was my manuscript. According to my data (I used QueryTracker.net to keep track of everything) I queried approximately 30 literary agents between May and August of 2011. Some requested additional pages, some requested partials, but in the end, they all rejected my manuscript. Based on the feedback I received, I took the next three months to tweak things and polish it all up. Again. Then I started querying again in January of 2012 with a hook-tastic query letter and shiny manuscript.

While waiting to hear back from several agents, one of whom had requested a full and shown great interest in my book, I started to hear buzz through the author grapevine about Entangled Publishing, a new boutique publisher that accepted submissions from unagented writers. Remember when I said I networked my butt off? Well, it paid off in several instances, but never more than this particular one. Along the way I’d made friends with paranormal romance author, Dawn McClure, who also heads up the Savvy Author newsletters. (Savvy Authors is a fantastic website run by writers for writers. It’s a veritable font of writerly information. Get thee to the site straight away.) Early last year she’d mentioned in passing conversation that her best friend was starting up her own publishing house.
Then early this year I asked her if she’d heard of this new publishing house called Entangled that everyone was talking about, which is when she informed me that that was the company her best friend had opened. It really can be a small world sometimes, and the more people you know, the smaller it gets.

After weighing the pros and cons of submitting my manuscript to Entangled versus holding out for the possibility of selling to New York with a literary agent—which incidentally also brought about a list of pros and cons concerning what a traditional publisher could offer me versus a more intimate publisher—I decided to go for it and submitted directly to Liz Pelletier, founder and senior editor.

Before Liz was a third of the way through my ms she sent me a Direct Message on Twitter telling me how much she loved it and wanted to know who else she had to beat out in order to acquire it! After I picked my jaw off the floor and stopped running around my bedroom like a crazed lunatic, I DMed her something semi-coherent and we continued to discuss for some time about the book, the trilogy it was a part of, and when we could speak on the phone. By the end of our stream of 140-character messages, I knew Entangled planned to contract me for my entire paranormal romance trilogy for digital and mass trade paperback release, and on March 7th I signed on the dotted line and became a contracted author.

Since my Prophecy of Souls trilogy isn’t set to release until Summer 2013, Liz suggested I write a category romance for one of their digital lines to release this summer. I admit I wasn’t even sure what a category romance was, nor had I ever heard the word “trope” before, but Liz was great about encouraging me and answering any questions I had.

I wrote Seducing Cinderella in two months—which was mind-blowing to me, considering I’d spent three years on my first book—and it launched the Brazen line July 20th, marking that one of the happiest days of my life.

News of SC and its great reviews spread quickly throughout the romance world and in only seven days it reached the #9 spot on Barnes & Noble. The week after that it broke the Top 100 on Amazon and made it onto the extended USA TODAY Bestseller list at #113. Over the course of its third week it climbed to #13 for Kindle books overall on Amazon, #1 for Kindle Romance Series, #60 on USA TODAY, and—shockingly—the extended NY Times Bestseller list at #27!

To say that I was blown away by SC’s success every time I turned around is the understatement of the century.

And then this past week I received the craziest news yet: not only did Seducing Cinderella jump up on the USA TODAY* list to #33, but it also shot up to #9 (e-books) and #14 (combined) on the NYT** list!

I was fortunate enough to be on the phone with Liz when I received the email from my one of my publicists with that news. There was a lot of screaming and “Oh my Gods!” for a good ten minutes and then sporadically throughout the rest of our call.

Dare to Dream & Bring Others Along

This might sound strange, but I prefer to say I’m the “author of the NY Times Bestselling novel, Seducing Cinderella” instead of the other way around as you see it on the nametag up there. Sure, I’m the one who wrote the book, but there are so many others who had a hand in the final product and those who work hard to get it into the hands of readers. People like my editor, the cover designer, blurb writer, copyeditor, and my publicists. Without their expertise, my book wouldn’t be where it is today. I know that for a fact. And before that I have my CPs to thank for helping me write tighter, better stories.

The last month has been a surreal whirlwind of dreams come true for me, and if people can be believed, this is only the beginning, and I’m excited to see what the future holds. I know it’s cliché to say, “If it can happen to me, it can happen to you,” so I won’t push that down your throat. But if you come away with anything from my story, let it be this: learn everything you can, and immerse yourself in the world of writers. I don’t think there’s any other industry in the world where people who are technically your competition are as supportive as your own mother and will do what they can to help you and lift you up. Take advantage of that, and in turn, pay it forward whenever you can.

None of us reaches our dreams on our own. It truly does take a village to raise a book—even an author—and I’m so incredibly grateful for mine.