I realized this morning that I should probably get a post up on the ol' blog. I mean, we're already over a week into 2012 and I don't have anything ringing in the new year or saying farewell to the old one. (Although, last month I already posted my predictions for what will happen to me in 2012, which should sort of count.)

Out of sheer laziness, I started checking out my archives, seeing if there's anything in there I could re-post and give new life to. In my quest, I came upon this post wherein I state all the reasons I suck at blogging (with only a little over half of them being actually true). It was then I realized, "Man, I still suck at blogging!" However, the reasons from my first list no longer apply.

So, in the spirit of being honest, I thought I'd rattle off a quick list of CURRENT reasons I suck at blogging, avec pictures. And those reasons are...*drumroll* 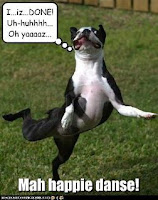 10. The last several months I've been spending an inordinate amount of time cutting, revising, rewriting, and tightening my first novel, DESIRES OF THE SOUL, in preparation for my agent query campaign. But the hard work paid off because as of last week, I'm finally done with it. It's now as good as I can get it until I'm lucky enough for an agent or editor to rip it to shreds--er, I mean, gently offer new suggestions--to make it even better. 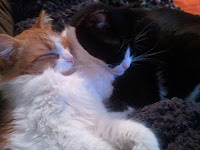 9. I've been dedicating three hours every day to training my cats, Tigger and Hooch, to do circus-type tricks for a street act as a lucrative side business on the weekends. I saw a guy do it in the Florida Keys so I know it's possible, but they don't seem to be catching on as quickly as I'd hoped. I'm sure it'll be any day now, though.

8. At the end of January my family is moving from our current location in Pittsburgh, PA to San Antonio, TX and there are a lot of details to iron out in a cross-country move, including a week-long trip to San An for fun and house hunting. This is our second big move--the first being from our home state of WI to PA two and a half years ago. This should be our last move though and I'm so excited to finally be able to put down some roots! Sadly, I think romance novels may have skewed my image of the Deep South, because no matter how hard I looked, I couldn't find anyone who looked like this guy. More's the pity.


7. Poodle Painting is one of my new favorite hobbies. Obnoxious you say? Why, yes...yes, it is. 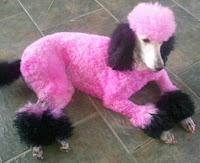 6. After hoping and wishing for over a year, I finally got a NOOK Color for Christmas (thanks hubby!) and proceeded to download and read an obscene amount of books and novellas, forsaking all other things such as writing, blogging, tweeting, and showering.

5. Wanting to do my part in the world to help understand new species, I traveled to Australia as a part of a group who studied the new species of Kangaroo, called the Lazy Kangy. Unlike typical Kangaroos, these adorable creatures are content lazing in the sun, striking Playboy-esque poses to attract their potential mates.


4. I wasted a good two weeks stalking my inbox waiting for an email telling me how I placed in the RCRW Golden Rose contest.  I was so ecstatic when the email finally came and I learned I'd placed first in the Contemporary Series category and the agent judge requested a full from me. My first real contest was a complete success!


3. I was acting as a CP and Beta for a couple of good friends. I take that job very seriously and make sure to give them as much feedback as possible. It takes a long time, but what we both get out of the experience is worth it. Not to mention the gift of reciprocity when it's my turn who needs them. 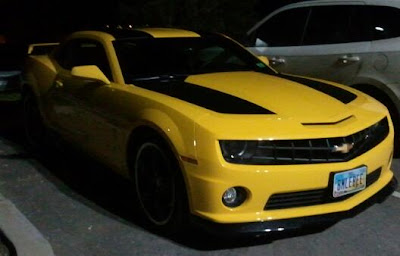 2. I'm a HUGE Transformers fan, so when I spotted THE Bumblebee in the parking lot of the movie theater, I had to stop and schmooze with him. I acted like a total bumbling fool, but he was very sweet and grounded. He let me take this picture of him and we've been pen pals ever since. Come on, if you could be friends with an Autobot, wouldn't you?


And the number one reason I still suck at blogging is...


1. Honestly, I just don't think of it! I don't have near the audience I used to before I went off-grid for a while, so I no longer feel that sense of urgency to put up fresh content. I know, it's a crappy reason. But I just said I had ten of them, not that they were all good ones (or even real, for that matter).


So one of my goals this year is to post once a week. I think that's a reasonable expectation of myself. And because I have a different audience now than I did when I started, perhaps I'll revive an archived post once a month too. Oh, and because I'll be working on writing the sequels to DotS this year, I should have plenty of content to bring back Wee-Bit Wednesdays. Those don't take any time at all. Just a quick copy and paste of a snippet, and voila!

Feel free to berate me if I don't stick to the plan. I respond well to peer pressure. :)